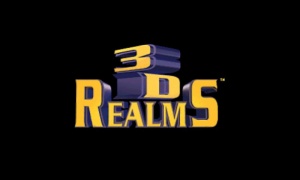 A brand established by Apogee for the release of 3D style games.

3D Realms Entertainment is a division of Apogee formed in mid-1994. 3D Realms has a simple mission: To develop real-time 3D action games that lead rather than follow the industry. 3D Realms will not diversify into other gaming genres--focus is the key to 3D Realms success. By devoting all resources, funding and developer talent into one area, 3D Realms can be a specialist rather than a generalist as most publishers have become. 3D Realms will never be distracted by making a non-3D game. This unique positioning has attracted several of the world's top 3D programming gurus, giving 3D Realms the talent needed to push 3D gaming standards (i.e. Duke Nukem 3D). In fact, all three of Apogee's in-house teams are part of the 3D Realms division.