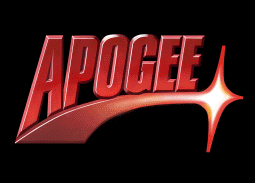 Since 1987, Apogee Software, Ltd. (a limited partnership company) has been a pioneer in shareware games marketing. The history of Apogee is marked by marketing innovations, as well as outstanding game successes. Based in Garland, Texas, Apogee has two powerhouse development teams with 25 game developers (artists, level designers, programmers, musicians, and project managers). Apogee also works with a very limited number of development teams on a contractual basis, at most three teams at a time. External developer teams come to Apogee for funding, design guidance, use of the company's high-end game engines, and because Apogee is the recognized leader in shareware (online) publishing.

Apogee invented the multi-episode marketing method now commonly used by other game companies who release shareware games. This method, now called the "Apogee model" within the shareware industry, was first used by Apogee's Kingdom of Kroz game released in 1987. How it works: A portion of a full game, called the shareware version, is released freely to the world via bulletin boards, the Internet, online services (CompuServe, America Online, etc.) and through other common shareware distribution channels. This shareware version of the game typically finds its way into 100's of 1000's of players' hands. If players like the shareware version, they will read the "How to Order" screens within the game and order the full game directly from the publisher.

In 1997 Apogee was inducted into the Shareware Hall of Fame, by the Shareware Industry Awards Foundation, as part of an initial group of 52 inductees. Apogee was awarded this honor for "valuable contribution to the shareware industry."

Invented the "Apogee model" of shareware marketing, in which only a part of a full game is released as shareware, which advertises the full game. It wasn't until 1991 that another company, Epic MegaGames, followed our lead and used the Apogee model. Many game companies have since use this marketing model, including Parallax Software (Descent), id Software, Capstone and dozens of others.

Apogee was the first PC games developer to hide cheat modes within games, such as Kingdom of Kroz. Nowadays, nearly every game released has cheat codes and modes that are hidden in games and discovered by players.

Apogee became the first shareware publisher, working with other authors and teams, releasing and marketing their games as shareware, and processing orders. (Caves of Thor was the first game released Apogee released that was from another author. This game's author, Todd Replogle, has been the lead programmer behind all three Duke Nukem games, and is now leading the Duke Nukem Forever project.)

Convinced the original members of id Software, then a group of game designers working at Softdisk, Inc., to venture into the world of shareware, which they did with the release of Commander Keen through Apogee (with development funded by Apogee). The success of Commander Keen as a shareware game led to the creation of id Software, who, at the timed, called themselves Ideas From the Deep. (A side note on this: the later-to-become-id Softdisk employees, John Carmack, John Romero and Tom Hall, had a hard time believing that it was possible to make money releasing a game as shareware. It took much convincing before the agreed to give it a try.)

Apogee became the first shareware game company with a home bulletin board system (Software Creations BBS) and a distribution network (reaching over 5000 BBSs at its peak). BBSs were the primary distribution mechanism before the Internet and web became popular. The Software Creations BBS quickly grew from a 3 line system to 150+ lines, and won Boardwatch Magazine's Reader's Choice Poll as the Best BBS two years straight.

Released the original Duke Nukem, a 2D EGA platform side-scroller with parallax scrolling. Easily the most advanced game of its type yet seen on the PC, and rated the best selling shareware software (of all categories) for 1991 and 1992 (even beating Wolfenstein 3-D in 1992).

Worked a deal with id Software to create a 3D game for shareware release, titled Wolfenstein 3-D (yes, the hyphen is part of the game's name). At the time, id was tied up under an agreement with Softdisk and didn't have the time to make a shareware 3D game. Apogee, realizing the giant potential of such a game, developed a game for id to fulfill their obligation with Softdisk (titled ScubaVenture) allowing id to make Wolfenstein 3-D for Apogee. This game almost didn't see the light of day except that Apogee both helped id, and guaranteed them a large payment to make it happen.

Released Wolfenstein 3-D to the world and started an entirely new genre of computer games: the first-person 3D shooter. This was the first PC game to voluntarily rate itself, alerting consumers to its violent content.

Apogee hires Tom Hall, former id Software founder and owner, to lead our in-house development division, and help develop what was at the time a sequel to Wolfenstein 3-D, but which later became Rise of the Triad.

Apogee releases Raptor, a sleeper hit that sells extremely well and sets a new standard for scrolling shooters on the PC.

3D Realms Entertainment is created by Apogee, as a division solely focused on the quickly growing 3D action gaming market. We announce four 3D games to be based on our Build engine: Duke Nukem 3D, Shadow Warrior, Blood (later sold all rights to the developer) and Ruins (sold rights to the developer, who changed the name to Powerslave).

Apogee releases Rise of the Triad, which was originally a sequel to Wolfenstein 3-D, until id decided to pull the rug on the project. ROTT, as it became known, had many innovations, such as being the first game with a parental lock-out feature, 11-player LAN games, 9 multiplayer games built-in, 5 characters (with unique attributes) to play, and it was shipped with a random level generator. Unfortunately, the 90-degree walls was a serious limitation passed down from the game's Wolfenstein 3-D engine roots. (It still sold over 150,000 copies, which is a "hit" by industry standards.)

In July of 1997, an article was published online called ROTT in Hell, calling ROTT the "..best Deathmatch game of all time"; showing how ROTT had many game industry firsts.

With the release of Rise of the Triad, Apogee had another major industry first: A parental lock-out feature that parents could use to password protect the game, preventing their children experiencing much of the game's violence and all of the gore. Several future releases employ this feature, including Duke Nukem 3D, Shadow Warrior and Balls of Steel. Other game companies have mimicked this feature, too.

First 3D Realms release, Terminal Velocity, created by Terminal Reality, Inc. This game won many awards and invented a new sub-genre of PC gaming. This was the first shareware game to get a magazine cover *before* its release (not even DOOM had a pre-release cover story).

Apogee wins a "Special Recognition Award" from the Shareware Industry Foundation for pioneering work in shareware games marketing, with Apogee's founder, Scott Miller, being awarded a "Lifetime Achievement" award. (Only five such awards have been given, and only one to a person in the game industry.)

Scott Miller, Apogee's founder, is picked as "one of the game industry's 75 most important people," by Next Generation magazine, in recognition of Apogee's trail-blazing shareware marketing methods.

3D Realms releases Duke Nukem 3D, which finally, for most players, displaces the long-standing DOOM as the best 3D shooter. Duke revolutionizes 3D shooters with a strong action- hero character, and a realistic, highly interactive environment. Duke is the first 3D shooter released with the same editor and utilities that were used to create the game. This is 3D Realms' first in-house game and sets the tone for what people come to expect from 3D Realms in the future.

Apogee's last game released, titled Stargunner. No more Apogee games have been scheduled for production, with nearly all company focus shifted to the 3D Realms division.

Apogee creates a new division, Pinball Wizards, which will focus exclusively on cutting- edge pinball games. Wildfire Studios, an Australian developer, partnered with Pinball Wizards to create Balls of Steel, due out September 1997, with five tables, one based on Duke Nukem 3D.

3D Realms releases Shadow Warrior, which is the last of many Build engine games by 3D Realms and many licensees. Build was the foundation for the following eight games, in order of their release: Witchaven, TekWar, Duke Nukem 3D, Witchaven II, Powerslave, Redneck Rampage, Blood and Shadow Warrior. The Build engine is undoubtedly one of the most prolific and successful engines ever used in the game industry.

The Prey engine and game are shown at Atlanta's E3, stuns viewers with its realism, speed and special effects, and wins strong accolades as the next generation leader in 3D gaming. (Prey is due out late 1998.) This engine's Portal Technology will be a standard setting landmark for all future 3D games to match.

3D Realms announces a partnership with Remedy Entertainment, a Finland-based developer with exceptional talent, to co-develop and co-market Max Payne, a new story-driven 3D 3rd-person action game, due out late in 1998.

Scott Miller was selected as one of the 15 Most Influential People in the Game Industry by Computer Gaming World magazine and Gamespot. Said the Gamespot article: "Scott Miller didn't create the try-before-you-buy concept of shareware, but he was the first one to make it profitable."