The Appearance system was first developed under Apple Copland to provide the platinum theme which was introduced in Mac OS 8.0. While Copland did also provide additional themes, this was not part of the official retail OS release. Prior to the actual release of Mac OS 8.0, the first non-Copland version of the Mac OS to feature the new theme appears to be the "Tempo" pre-release under version 7.7 (see Mac OS Tempo (pre-release)).

The Appearance control panel and the ability to change visual themes was first seen in leaked copies of the Apple Copland operating system. The earliest version available online was build D7E1. 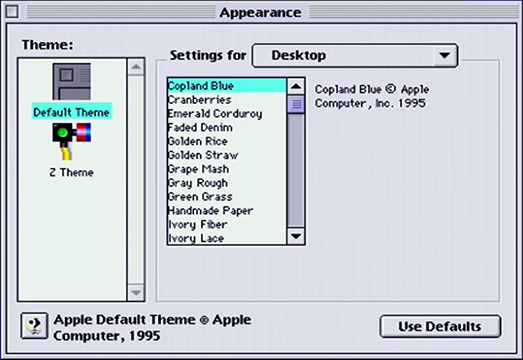 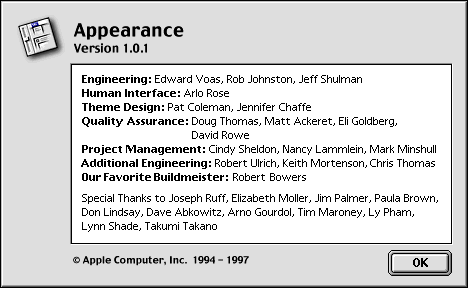 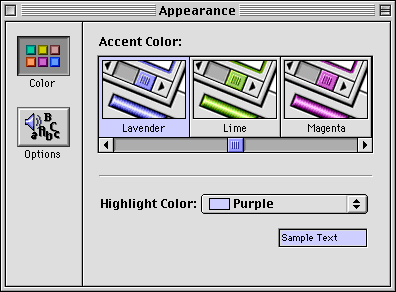