We are a registered United States Cycling Federation team in District 5, Northern California/Nevada. Our home base is Cupertino, California, headquarters of Apple Computer, our title sponsor. Our other sponsors are:

What VeloXS Delivers to its Sponsors 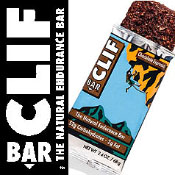 Since 1991, we have delivered well over half a million favorable impressions for Apple Computer and our other sponsors by sustaining a highly active and visible presence in the Northern California racing scene.

Formed by a core group of Apple employees, the team now comprises 25 athletes from inside and outside the company. Through daily training rides, frequent wins and top placings in local races, a standout record in Masters (35+) road racing, and National and District Championships, the team has firmly established itself in the Northern California/Nevada District, the most active racing district in the country.

Year-round, the team trains together daily and participates in activities including cycling camps, time trials, track racing at the Hellyer Park Velodrome, and the Santa Cruz Classic, the district's longest running race. In addition to racing, the team participates in one charity ride per year. In the past, we've ridden in the Top Hat Classic, a 50 mile charity ride for Multiple Sclerosis.

To join VeloXS, you must be sponsored by a current, active team member (you don't have to be an Apple employee). Your sponsor nominates you for membership, followed by a team vote (via email). Although this procedure may seem more restrictive compared with other teams, we've found it's necessary to protect our small inventory of highly-coveted team clothing, and to protect the interests of our equipment sponsors.

To become sponsored, you should join us a couple times a week for our regular training rides which start promptly at noon every weekday from Apple Computer's Fitness Center, and you should express an interest in joining the team. The team's primary focus is road racing, though we do have several members who race MTBs almost exclusively. The Fitness Center is located in Cupertino, at 10627 Bandley Drive near Valley Green Rd.