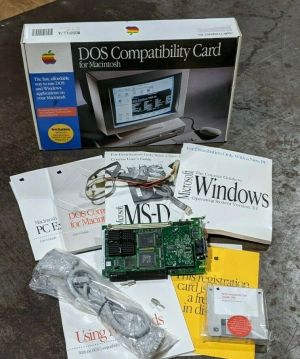 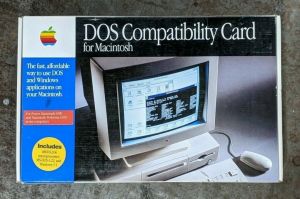 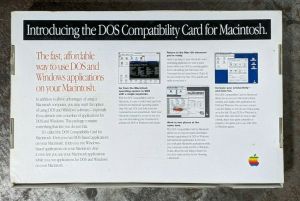 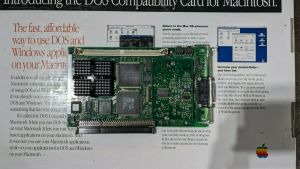 The DOS Compatibility Card contains an x86 processor and plugs into PDS expansion in compatible Macintosh models such as the Power Macintosh 6100.