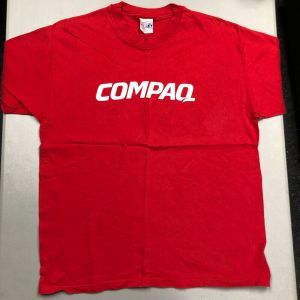 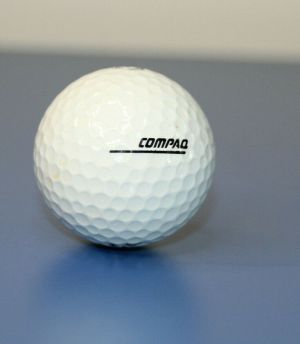 Compaq Computer Corporation was founded by three ex Texas Instruments engineers: Rod Canion, Bill Murto, and Bill Harris,in Houston Texas, in 1982. Initially planning to create a chain of quality Mexican restaurants, they sketched up an idea for a portable PC on a pie plate or napkin at Houston's House of Pies, put in an initial capital investment of $3000, and with some clever maneuvering of engineering and legality, created what many consider to be the first 100% compatible clone of the IBM PC, the Compaq Portable. From there, they created the venerable DeskPro line of machines for the desktop and became one of the star players of the industry. In 1986 they beat IBM to the punch a full nine months introducing the DeskPro 386, the first fully 32-bit PC to market. As the 1990's carried on though, quality and personnel changes within the company wore down their once golden crown of "compatibility" and "quality" (that's where the name "Compaq" comes from), and they were sold to Hewlett Packard (HP) in 2001, where they are used as a second brand these days.