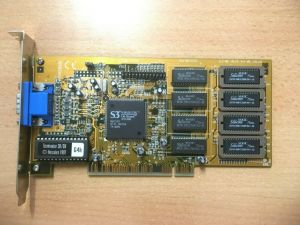 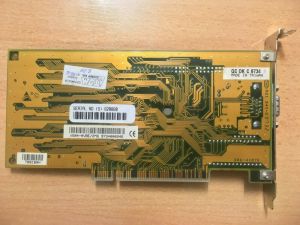 The Hercules Terminator 3D/DX integrates S3’ new ViRGE/DX and 2MB (upgradeable) or 4MB of high-speed EDO DRAM with increased data throughput into a high-performance/wide-bandwidth hardware design to deliver the next level of performance required by emerging 2D/3D business desktop applications and 3D gaming. The Hercules Terminator 3D/DX also takes full advantage of the architectural enhancements of the S3 ViRGE/DX such as "SmartFilter technology" for high quality texture mapping, and the "parallel processing perspective engine" to increase frame rates.

Hercules combines these 3D performance advantages with the support of a variety of 3D effects in hardware such as "bilinear filtering" for smooth edges, "fogging" for atmospherical effects, and "transparency" for realistically rendering of real world environments.

Refresh Rates up to 160Hz

To further enhance the multimedia experience, full-screen/full-motion video playback is now even smoother with enhanced, high quality linear interpolation in both the horizontal and vertical dimensions. In addition to an MPEG-1 software player the Hercules Terminator 3D/DX is also shipping with an MPEG-2 software player taking full advantage of Hercules’ DirectX driver support and the next generation of MMX processors.

In addition to being among the fastest 2D accelerators, the Terminator 3D is fully Microsoft Direct3D compatible and supports a complete set of accelerated 3D functions and 3D special effects in hardware, such as video texture mapping, MIP mapping with bi-linear filtering, cueing depth and fogging, alpha blending, Z-buffering, flat shading and Gouraud shading. See our quick course in 3D terminology for more information on these terms! See the chart below for a comparison on how our features stack up to our competition's!