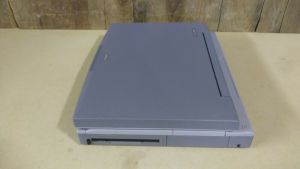 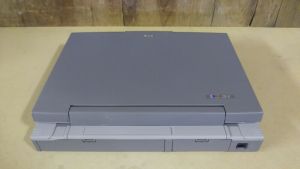 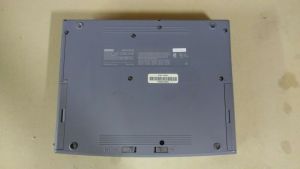 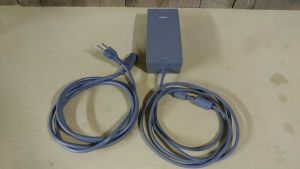 The NCR Safari 3180 was released in mid-late 1993 and was a intel 80486 based laptop computer manufactured for National Cash Register by Nippon Electric Company NEC. It may also have been marketed as the AT&T Safari 3180 as AT&T Bought out NCR in 1991. NEC made the higher end Safari product lines for NCR/AT&T, while Samsung handled the lower end.

The NCR Safari 3180 is basically a re-badged and color-altered NEC_Ultralite_Versa 33MHz notebook computer. It differs from the Ultralite Versa in that it was only offered in 33MHz (no 20MHz or 25MHz versions were made), and had slightly different cosmetics in that the screen bezel and keyboard bezels were a lighter shade of gray, the power and standby buttons were surf green turquoise color, as was the secondary function key lettering on the keyboard.