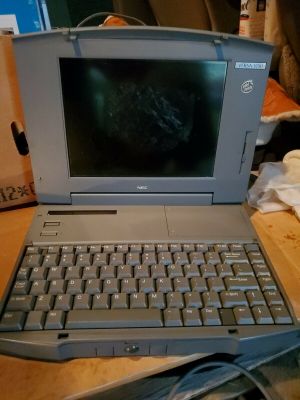 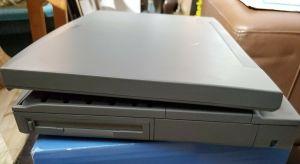 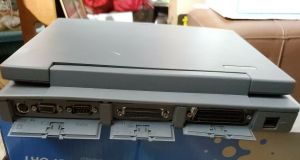 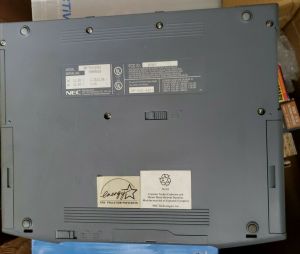 The NEC Versa V/50 is a 50MHz intel 80486 DX2 SL notebook computer introduced by NEC Technologies in mid-late 1994 as a "value" model of their then brand new "Versa" line. It shares a lot of specifications and features with the NEC Versa E-series, particularly the Versa 50E. It was discontinued in early 1996 when it was replaced by the DX4 based 2000 series.

The NEC Versa V-series differed from the rest of the PC-4xx model Versa in that the screen is not removable. This required a whole new palmwrest/hinge/screen and latching assembly from the other models, noticeable by the long bar along the top edge of the screen, the lack of a latch above the trackball, and 2 holes 1" in from the edges of the laptop. The actual specifications are below...

There were at least 2 screen options for this notebook, possibly even three.

The V/50 was one of the more popular models of NEC Versa 486, likely because it was inexpensive compared to other models that could go as high as $6000 in a fully decked out touch screen with audio configuration. So they are a bit more common. It seems the majority were made in 1995, with a couple early 1996 builds and some late 1994 builds as well (first digit of the Serial# is the year).