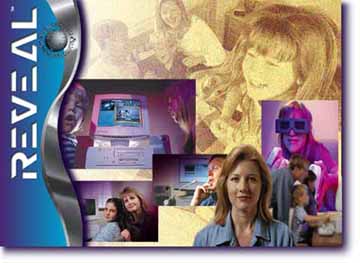 Status of Reveal remains a mystery - By Charles Cooper

Last November, the company's hopes of being acquired were dashed at the last minute when Creative Technologies Corp. had second thoughts about a $65 million deal that was all but signed, sealed and delivered.

Since then, the company has become the poster boy for customer frustration. In scores of messages left on Internet discussion groups, people who have bought Reveal products are publicly skewering the company for the way in which it has handled its rebate promotions.

In the latest chapter--might it be the final one?--Reveal has been reduced to a skeleton crew one-tenth its size at the beginning of the year, according to sources.

For several weeks, Internet news groups have been flooded with postings from Reveal's customers, complaining about not receiving promised rebates from the company.

Calls seeking comment from the Woodland Hills, Calif., company, which makes multimedia and PC upgrade products, were not returned. However, a recorded message on Reveal's 800 sales line suggests the reason.

"As a result of product and technological changes in the computer peripheral industry, Reveal is reconstructing its operations and finance. If you would like to be added to the creditors mailing list, please fax to 818-594-8474."

Less than 30 people are left at Reveal, down from more than 300 in January, according to one company source, who requested anonymity. The source said the company's creditors committee is trying to figure out how to get the most money on the dollar, and thus attempting to avoid a bankruptcy filing.

Like many other suppliers of multimedia upgrade kits, Reveal was hurt after many PC OEMs started bundling CD-ROM drives in all their systems last year. The bottom fell out during the ensuing price competition between CD-ROM makers, which saturated the market with product.

"It got to where you could pick 'em up for $25 at swap meets," said the source. "Retailers had price protection in their contracts and wanted their money back. You needed deep pockets to survive."

Though it doesn't have deep pockets, Reveal' founding shareholders include Beny Alagem, chairman and president of NEC Packard Bell Inc.; Alex Sandel, president of Cal-Circuit Abco II, who serves on the boards of both Reveal and Packard Bell; as well as Jason Barzilay, president and chairman of Reveal.

Calls to Alagem's office for comment were not returned.

Last year, the company was close to merging with Creative Technologies. But days before the agreement was expected to close, Creative suddenly pulled the plug on the deal.

At the time, Creative said it decided not to consummate the proposed acquisition because of negative reaction in the financial markets as well as the opposition of unidentified major shareholders who "convinced management the potential short-term disruptions caused by the proposed merger would be greater than anticipated and would not be adequately offset by anticipated long-term strategic gains."

Additionally, one source familiar with the decision said officials from Creative became concerned after they took a look at Reveal's financial books.

"When the numbers were checked more closely, they weren't as strong as Creative was led to believe," the source said.