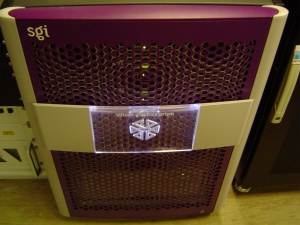 The SGI Prism is a series of visualization systems developed and manufactured by Silicon Graphics. Released in April 2005 [1], the Prism's basic system architecture is based on the Altix 3000 servers, but with the notable inclusion of graphics hardware.

The graphics pipes used in the Prism are ATI FireGL cards based on either the R350 or R420 GPUs. 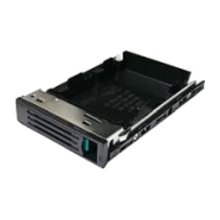 The units carry "Assy A65278-00x" on a sticker, where the "-00x" may end in any digit though "-005" seems common. This assembly number can be useful when searching for parts in the Internet. According to SR1300/SR2300 support documents at intel.com, the Intel accessory part number for the drive carrier is FXX2DRVCARBLK, UPC code "7 35858 14621 0" and "MM #" 835853. However note that there is some indication that Intel may recycle these accessory part numbers in the FXX- form between different models.

As of early 2011 these drive sleds are commonly available on eBay for US$10.