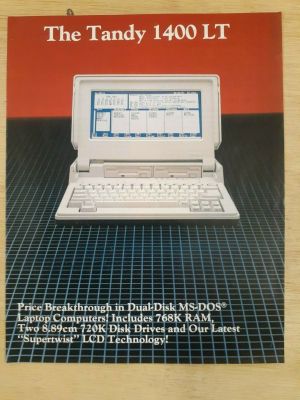 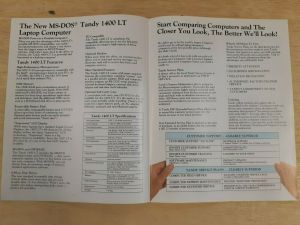 Jim, here is the fix I am using on the LT1400 for the problem I used to have where the use of the HD with the power adapter would discharge the battery. I unscrewed all the things necessary to get the mid chassis out. disconnected the red and black wire to the power suppy. unbent the little tabs on the PS cover and removed it. removed the PS board with 4 screws. On the 3500 there is a resistor in the lower right (as you look from the on/off switch side to the PS) and on the 3500A it is on the upper-left of the PS board. This is a part named R554 on the board with white paint. It is a 27 ohm resistor (mine was red, purple, black, red bands on baby-blue). Cut this out or unsolder it and replace it with an insultated wire. Now put this resister in the wire from the hard drive controller to the battery. Cut the red wire between the battery clip and the little black rubber thing on the wire from the HD controller board (the black rubber thing is a fuse). Solder the resister in there a 27 ohm, 2%, 2 watt should do it. But remember to put shrink wrap on the wires first AND you must do one more thing. Put a diode in parallel with this resistor. It can NOT, repeat NOT, be purchased at Radio Shack. It must be a Schottky barrier diode and no Archer/Radio Shack part is equivalent. Mine is a ECG586 and I am sure that an ECG585 will work. I tried the TNE585 and it is NOT equivalent and I also tried the Archer/RS 1N4001 and it is NOT equivalent. I should be a 1N5817 Schottky and the ECG works fine. Solder the anode end (the non-banded end) toward the battery. Then put the heat shrink on it, tuck it in, connect the red and black wire clips and cover to the power supply. screw it all back together and it ought to work just fine. $2 worth of parts, a soldering gun, screw driver and tape or heat shrink are all the tools you'll need. Oh, yes, and about an hour of time.

TANDY'S NEW LAPTOP IS A WINNER

Tandy Corporation announced its new MS-DOS laptop computer today. The LT1400 is a 13.5 lb. computer that has 768K of memory, two front- mounted 720K 3.5" disk drives, and a NEC V20 CPU running at 7.16 MHz. The display is a backlit supertwist LCD that must be seen to be believed. Text on the display is a crisp blue on grey, and is readable at roughly 60 degrees or more to either side. Text is also readable when scrolling, something heretofore unseen on LCD displays. The display has a 640x200 pixel resolution (80x25 text) and a 1:1.4 aspect ratio.

The LT1400 comes standard with serial and parallel ports, as well as RGBI and composite display outputs. An external disk drive port is also included (the LT 1400 can boot off of the external drive if necessary). A unique feature is the external keyboard port, which allows the 101-key enhanced keyboard to be directly plugged in and used if you don't like what came with the laptop.

The LT 1400 uses rechargeable batteries that are rated at 4 hours of continuous use. However, the batteries are designed to be replaceable, and changing batteries involves merely opening the battery compartment on top of the computer, removing the battery pack and popping in a new one. A "keep-alive" circuit keeps memory refreshed during this operation so that no work is lost. Low power is indicated by a warning beep when 30 to 45 minutes of power remain. Thereafter the beeps become more insistent until finally the machine shuts down.

Unlike the ill-fated Tandy 600, the LT 1400 has a carrying handle, and a soft carrying case is available as an option. Another option for the LT1400 is an internal 1200 baud modem. Third party 2400 baud modems and hard drives are expected to become available presently.

The LT 1400 is priced at $1599, and additional battery packs are $79.95 each. The computer is expected to be in Radio Shack stores nationwide by November of this year.

If you got the brochures mailed by Tandy and saw the photograph of the LT1400 on the back page, you may have been tempted to think that the display had a "simulated picture." It isn't simulated, it's the actual display ... the text shows up that crisply.

No doubt about it, this machine is a winner. Its excellent display and keyboard put it up there with the best of the laptops. Although the weight is more than ideal, that doesn't take away any of its usability. With an internal modem installed, it's the perfect computer for people on the go. And with an RGBI monitor it'll serve as a desktop machine just as easily. Expect this computer to sell fast and be in short supply for a while. My reaction when I saw it was, "GIMME!" I expect a lot of other people will be reacting the same way when they see the LT1400.

Wayne's reactions: The first words out of my mouth were "WHEN DO I GET MINE!" - this machine had a display that appears better than any I've seen on any comparable laptop (and I had a chance to see most of them during the COMDEX Atlanta show earlier this year). It is so sharp and crisp and the acceptable viewing angles so great that it's unreal. 2 pounds heavier than the present laptop I'm using, I'm not wild about the extra weight, but between that and the slight 'boxiness' that the folded- up machine exhibits (which is an advantage if you want to set something ON it - it shouldn't slide off) those are about the only disadvantages that I can see. Having dragged first a Model 100 around the world, and then another MS-DOS laptop, I've got the feeling that this one is going to come out the best winner of the bunch announced on this 10th anniversary.