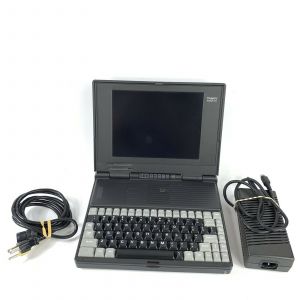 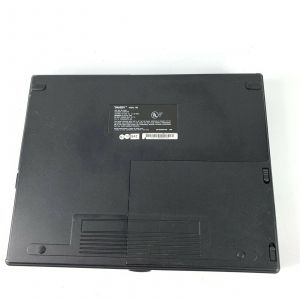 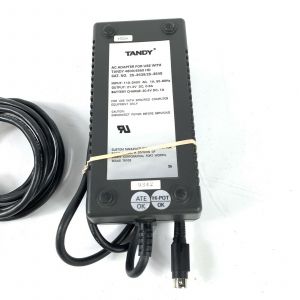 Featuring an Intel 80486DX CPU running at a crisp 33 MHz as its heart and soul, the 4860HD gives up nothing in the way of performance to similarly equipped, full-size PCs. The real beauty of this machine is the compact size in which it delivers all this computing power; the diminutive machine is only 8 3/4 inches deep by 11 inches wide by 1 1/2 inches thick when closed. It weighs only five pounds and seven ounces when the battery's in place and it's ready for work--truly a miniature marvel.

Viewing text or graphics on the 4860HD's hi-res back-lit LCD screen is a pleasure, thanks to a 10-inch nonglare display which delivers 9 1/2 inches of viewable area (measured diagonally). The standard resolution for the display is 640 x 480, and slider controls for adjusting contrast and brightness are conveniently located just under the display itself on the left side of the unit.

The hinge that connects the main body of the computer to the lid with the VGA display also provides a nestling place for the illuminated indicators which monitor the system status. Illuminated icons are used to signify Caps Lock, Num Lock, Scroll Lock, hard and floppy drive activity, power on, and other system conditions. The power switch is flush mounted on the body of the computer itself, just below the hinge, and its design and placement make it virtually impossible to turn the system off accidentally. While this might seem like a minor point, it's surprising how many other notebook computers put the power switch in a jeopardizing position for such accidents, so it's refreshing to see it so well protected in the 4860HD.

The machine's standard configuration is 4MB of RAM. This can be boosted to either 8MB or 20MB depending on your needs. Performance of the 4860HD supplied for review (with 4MB of RAM) can best be summed up with the words blazing speed. The 33-MHz 486DX CPU, coupled with 4MB of RAM and aided by the instantaneous refresh speed of the VGA LCD, makes this one of the fastest notebooks I've ever used.

A 60MB hard drive is the standard bill of fare on this machine, and it comes wit MS-DOS 5.0 and Windows 3.1 preinstalled (the floppy disks are also included, along with the manuals). A high-density 1.44MB 3 1/2-inch floppy drive is mounted at the right side of the machine toward the front of the unit. Twin panel doors at the rear of the machine conceal the I/O connectors. A proprietary expansion connector is provided for adding Tandy peripherals, while the other panel houses a parallel port, a single 9-pin serial port, and a 15-pin D connector for using an external monitor. A mini-DIN port is also provided for attaching an external keyboard. You'll find the connector for attaching the AC power adapter and battery charger to the notebook between these two panels.