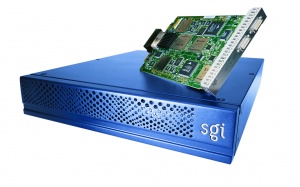 Note: Your workstation must have a V12 (or higher) VPro graphics board with a Dual Channel Display option installed. The system must be running IRIX version 6.5.16 or later. Systems running 6.5.16 require a software extension (patch) to support DM5.

The DMediaPro VBoBs will output diagnostic information on the serial port (#10 in the diagram above - it's the only male DB9). If it doesn't pass power-on diagnostics, or doesn't out put anything at all, you should at least have a better idea if there's a hardware fault. If in working condition, they should appear in a gfxinfo -v.

Perhaps the difference might be for which graphics platform the VBoB to be connected to - Odyssey or Infinite Reality?

There's a revision of the DMediaPro VBoB with a TOI daughterboard intended for use with DG5-2/TVO. The TOI/TMDS daughterboard has two TMDS ports (as opposed to the three DVI ports seen on the Odyssey-intended DM5 daughterboard). I have an TOI/TMDS equipped example with a 013-2746-007 Rev.A chassis part number (and an MTP-211 serial number), while a DMediaPro VBoB with a DM5 option board I had here briefly had a chassis part number of 013-3646-006 Rev A and an NSY256 serial number. Both ran the same 1.3.22 firmware/1.1 bootloader.

Two examples probably aren't a large enough sample to say the different serial numbers indicate the target graphics platform, so if anyone else has a DMediaPro VBOB that differs from that part number/option board configuration please post a follow up. 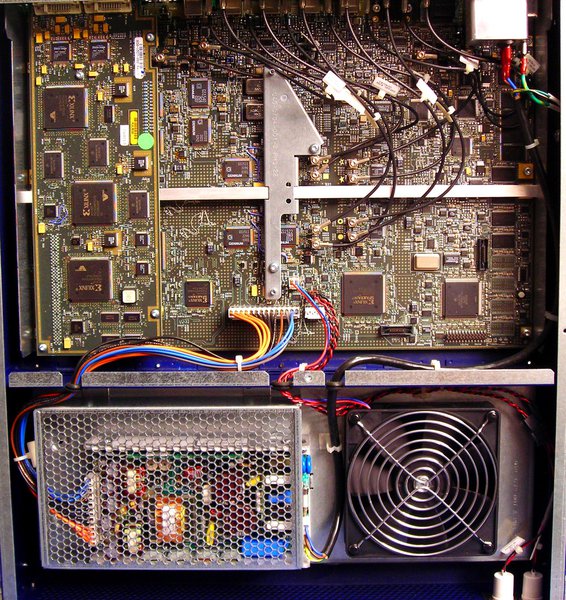 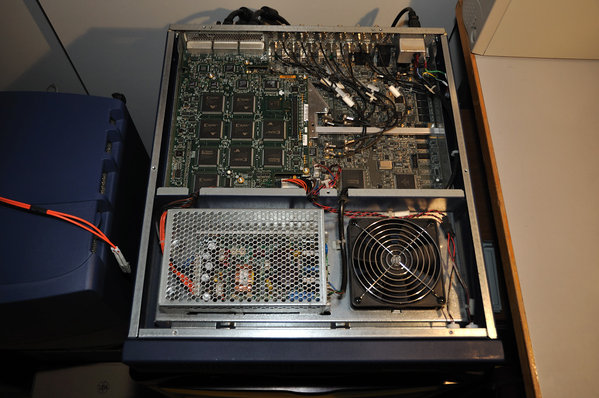 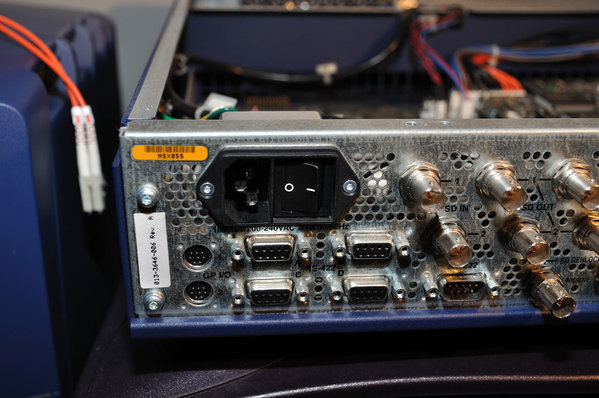 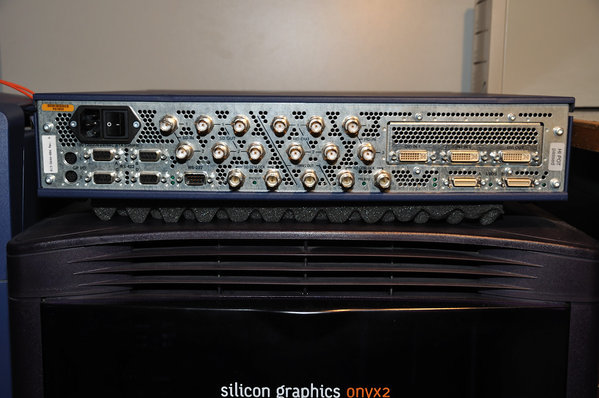 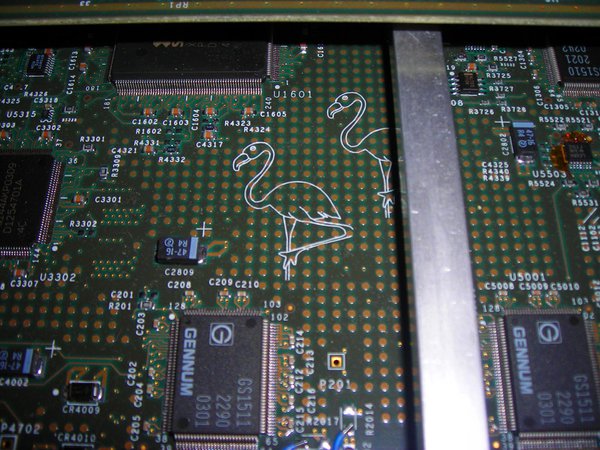 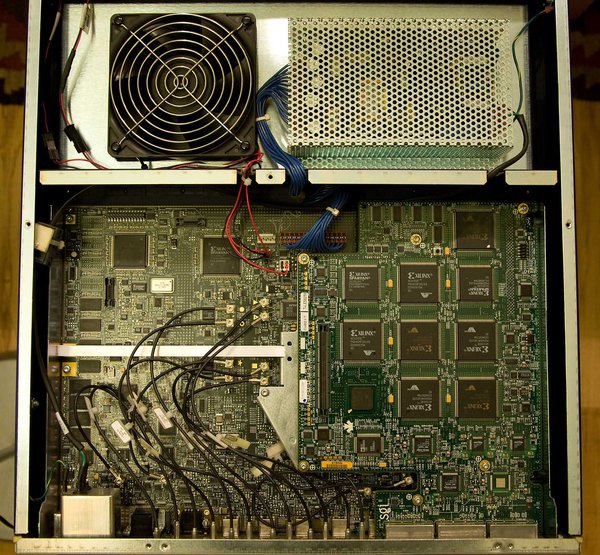