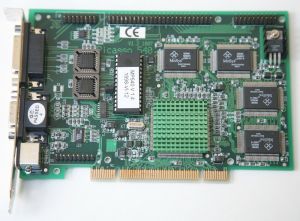 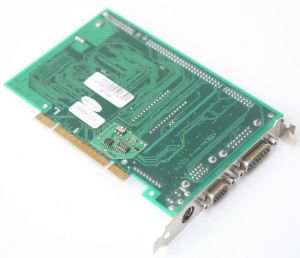 A 100 MHz Harlekin chip with 4 MB of SG-RAM powers the MP 540, and while it doesn't offer exceptional 2D acceleration, it does enable some capabilities not found in other video cards. Among these is the Speed Screen feature, which increases your workspace without changing the resolution (similar to a feature found on many Wintel machines). The viewing area then automatically and effortlessly scrolls when the mouse is placed on the edge, all done via the MP 540 which means it doesn't put any strain on your processor. Speed Screen is a great option for users who find themselves running out of workspace but can't afford purchasing a larger monitor, although the casual user may find it a drag to have to use the mouse to scroll a document that extends the full height of the Speed Screen resolution.

With its 4 MB, the MP 540 supports 24-bit color at any standard resolution (512x460 to 1152x768) and will support 8-bit depth at 1600x1200 to 2432x1712, the latter resolution being achieved via the Speed Screen option. The MP 540 supports almost any monitor via it's dual 15-pin Mac and PC ports, along with its Monitors & Picasso application which enables older workstation "Sync on Green" monitors to function properly on a Mac.