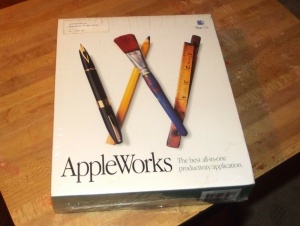 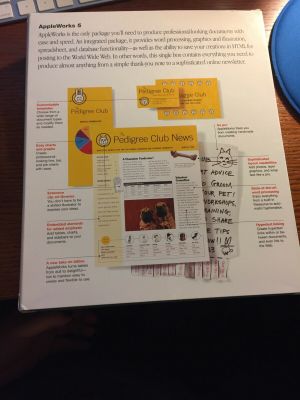 This was originally under the Claris name as ClarisWorks but the entity was absorbed back into Apple, so you'll see version 5.0 of this product under both the Apple and Claris names. Version 6.0 used the AppleWorks name only.

Prior to the Macintosh product, the AppleWorks name was also used by Apple/Claris for an Apple II productivity suite.