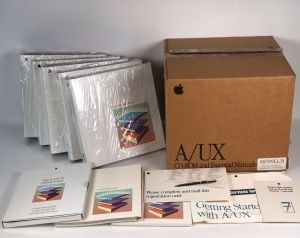 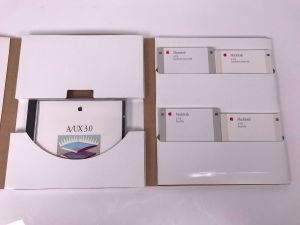 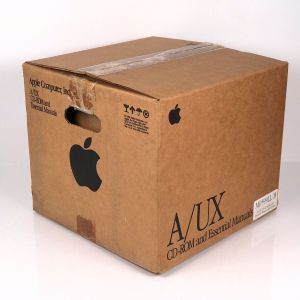 A/UX is Apple Computer's implementation of UNIX System V on the Macintosh, with the System 7 graphical interface running as a UNIX application (A/UX version 3.x).

The later versions of A/UX require a Motorola 68030 or Motorola 68040 based Macintosh with an FPU and PMMU, and it will not run on AV models or LC models. Version 3.1.1 of A/UX was specifically designed to run on the Quadra 900 series, and version 3.0.1 is recommended for any other Mac model. The following Macintosh models should work with A/UX:

NOTE: Certain 68040 systems from this list may require the use of a system enabler both in the install boot media and in the initial Mac boot partition after A/UX has been installed.

Other models including those in the Macintosh II line should also work assuming an FPU is present. Likewise if you take a Centris model and switch out the 68LC040 chip with a full FPU version, it should work just like a Quadra.

Encountered this error during the A/UX 3.0 installer process when it attempted to read its software package list. The system had an 8GB SCSI2SD with A/UX slices pre-partitioned from before the installer launched. Deleting these partitions leaving only the Mac driver bit at the start of the drive and reloading the installer fixed this issue.

You may choose to pre-partition your disk but they will need to be formatted before A/UX installer will work on them. See the instruction link further down on the "floodgap" server for more information. Alternatively you can create your HFS partition before opening the A/UX installer, then using the HD SC utility in A/UX to create your UNIX slices (custom partitioning in 3.0.1 installer is missing the Macintosh volume type).

The desktop folder on the startup disk could not be created. Try unlocking the disk.

Not entirely sure what triggered this problem but it prevented an A/UX user from logging into the Mac environment. The Desktop Folder directories within the user home did not appear to be broken but the solution was to delete the "System Folder" and ".mac" directories in the user home directory and re-create with the "systemfolder" command as root ("systemfolder -u username_goes_here").

Error: Can't load 'ranlib' (No such file or directory)

(from the A/UX FAQ) 'ranlib' is a program that increases the efficiency of accessing and using archives (*.a files). A/UX's 'ar' already does this, so it isn't needed. To get around this, do something like:

You could also use '/bin/touch' but the above will (hopefully) take care of cases when ranlib is called with options. If you want to put 'ranlib' somewhere else, then that's OK. If the location is a different file system, then you'll need to use a symbolic link:

If you encounter this message in a system failure, try bumping the MAXCORE to 0x50000.

If you are sure the Macintosh program you are trying to run is 32-bit clean, just click the OK button and the program will run normally. To prevent the error message from appearing in the future, enter the changesize command where "/path/to/ProgramName" is your application:

How come my Login screen is gray, not color?

Because that's the way Apple wanted it :) Actually, the reason why is because the "scrn" resource is missing from "System" in /mac/sys/Login System Folder. If you're handy, you can copy "scrn" from some other System and paste it in Login's using ResEdit. Make sure the "Is Color" field in "scrn" is "1".