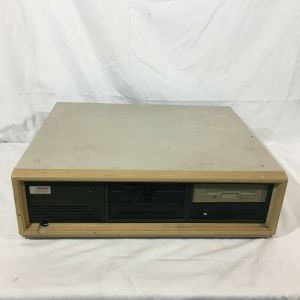 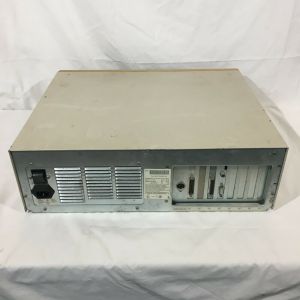 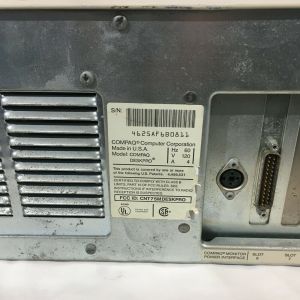 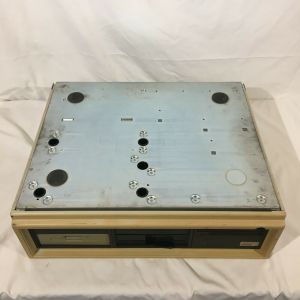 The Compaq Deskpro, also known as the Compaq Deskpro 8086, is an intel 8086 based IBM Compatible released in 1984 by Compaq of Houston Texas, and was the second machine they started to make after the original Compaq Portable from 1982. It was considered an extremely expensive and high-end XT clone in it's day.

The Compaq Deskpro (8086) was released in 1984 as their higher powered alternative to their luggable Compaq Portable. Despite looking like a standard XT or AT Clone system of the time, it actually was a proprietary machine, though some other makers (such as GEM Computer Products of Norcross Georgia) did have AT compatible physically similar (but AT Form Factor) clones of the Compaq just a little while afterward.

The machine differs from a standard XT in that, at first, it uses a fully 16-bit CPU (8086 vs. the 8088), has a faster clockspeed (technically making this a "Turbo XT" by function), and while it does use the standard ISA bus, it does not use a standard XT or AT Form Factor.

Power is provided by a a 200 watt power supply with a single large fan on top like an XT, and a large vent in back. Power exits via a single, thick, wide ribbon cable where the power distribution is doled out from the motherboard itself.

Right next to the power supply connector on the motherboard are 4 special "headers" that allow for up to 4 special cables with standard Molex power connectors on the ends to power the drives. Compaq provides a diagram on the rubber-shock-absorbing drive cage to give a standard layout for half height and full height devices, or a mix of both, and which slots and which power to provide, even though it does not actually matter.

The drives are installed using proprietary, roughly 1" wide aluminum drive rails unique to only the Compaq system and maybe a handful of similar clones released in the 80's. These can be reproduced using aluminum stock if restoring a vintage Compaq and in need of more drive rails for drive installation. The rails screw in from one side of the drive.

The Compaq Deskpro started the design of the early Compaq Desktops that carried on until 1989 when Compaq started using their slicker, more rounded design.