Difference between revisions of "Compaq Deskpro 286" 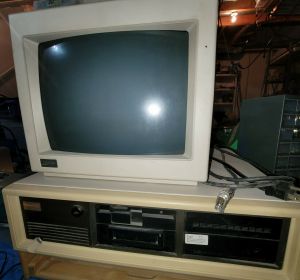 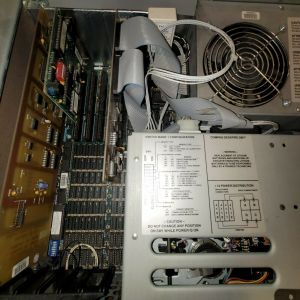 There were 2 models released, listed in the specs for the CPU Below. These models were available in numerous configurations depending on where or who you bought the Deskpro 286 from. It seems the most common configuration(s) were the following...

Just like the Deskpro 8086, the Compaq Deskpro 286 looks very much like a standard AT Desktop, but under the hood it's a proprietary machine. The 286 saw the removal of the front case LED light for Turbo status replacing it with a large, black, keylock on the front of the case. Also the case badging, at some point, changed from gold to Silver. Just like the 8086, it still used proprietary aluminum drive rails, a special single-ribbon power supply, 4x power ports on the motherboard for drive power using special cables, and had the Compaq DSM Monochrome Display power plug in the back of the machine.