Difference between revisions of "Compaq Deskpro 386" 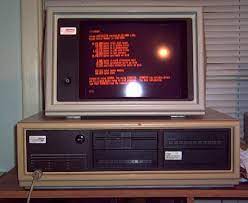 The Compaq Deskpro 386 was a intel 80386 based desktop computer released by Compaq in 1986 and introduced in 3 clock speeds in this original version. Most seem to be released under the model number 2571 despite the clock-speed, in which it came in 3 different clock speeds. This model was later replaced by the Deskpro 386s/20, 386/20e, and similar models.

This was the last Compaq model to make use of the original Deskpro style chassis and general form factor. Back was the single ribbon cable power supply, 4-power ports on the motherboard, shock-absorbing drive cage, and front-mounted AT keyboard jack of the original.

The original releases had the smaller silver label that just said "Compaq Deskpro 386" on it. When 20MHz Models became available, a larger logo saying "Compaq Deskpro 386/20" started to appear. Very late builds of the 20 and 25MHz Models have a gray bezel inset instead of a dark blackish-brown one (the gray is not that common), which was around the time Compaq was re-styling the computer for the later s/e/i series models.