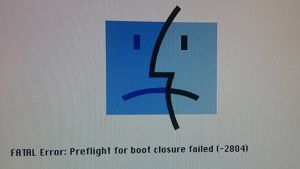 This is mostly a collection of personal notes about the Copland D11E4 build as I poke around the files and try to get a better understanding of how the system functioned. For more general information about Copland, please see the Apple Copland main article and the documentation links.

In more than one file resource string, the Finder calls itself "QuickDraw GX Finder 8.0 (Development, Debug) Thursday, May 30, 1996"

The D11E4 Finder is different from the previous D9 build which seemed to have two Finders; one being a modified 7.1.x Finder version and the other named Finder8 which included the new Copland Finder elements.

This appears to be the first bootloader file which executes when you turn on the Copland system with the caps-lock key pressed.

Resource values under cstr include "System Libraries" and "Hardware Support" which are library directories within the Mac OS Folder, where the loader looks for code fragments.

The file contains data and settings for Open Firmware which is used by PCI PowerMacs, unsure how it applies to the earlier NuBus PowerMacs. In the "ofpt" resource type of this file there are numerous OF related resources:

The System file is fairly small and seems to hold a handful of resources. The standard Macintosh alert sounds are found within System, along with the default alert sound which is called "Toon Shot."

These are the standard icon resource types and the System file contains the older 7.x style icons, so it is assumed these resources are not used within Copland. The modern Copland icons are found elsewhere.

The old "Copland blue" desktop pattern used in the previous Copland builds is found in this resource. D11E4 has a different default pattern which is located elsewhere.