Difference between revisions of "Farallon PhoneNET" 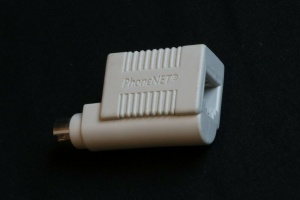 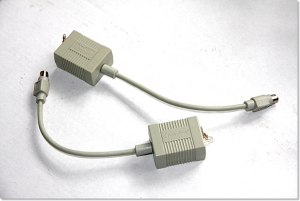 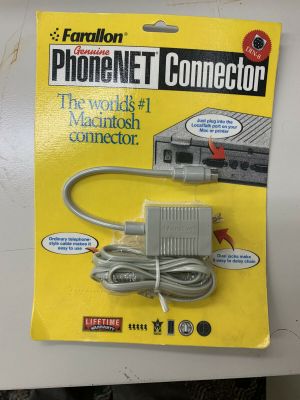 First created as a lower cost solution to use Apple Computer's LocalTalk over standard phone cables instead of the proprietary serial cables. The PhoneNET name was also used in similar networking peripherals from Farallon. Originally created by members of the Berkeley Macintosh Users Group.

PhoneNET connectors are designed to use the outside pair on an RJ11 jack. These wires are usually color coded Yellow and Black. Avoid drop cables that only have 2 wires in them because two-wire cables are typically wired for the center pins on the RJ11 jack. PhoneNET requires the wires to be located on the outer pins.

Telephone systems are typically run on a single pair of telephone wire. Most phone systems have 2 or 4 pairs of wire within each cable run. You can run the PhoneNET network on one of the extra pairs of wire in the cable sheathing. To do this in your home or office you should check your existing phone cable and make sure that you have spare wires for the network to use. If you do, you can create a small network on that existing telephone wire and not have to pull new cable through the walls. Consult the PhoneNET Connector User's Guide that shipped with your product for more information on building a passive star topology.

The PhoneNET connector comes with a 120 ohm terminating resistor that is mounted on an RJ11 plug. The Pocket Connector and StarConnector have a terminating resistor built in. You should make sure that the network cable is being terminated properly. If the cable is not terminated properly there will be more errors on the line. This will result in slow network performance or devices may appear and then disappear from your Chooser. In the worst case, devices will not be able to see the network at all.