Difference between revisions of "Intel Pentium" 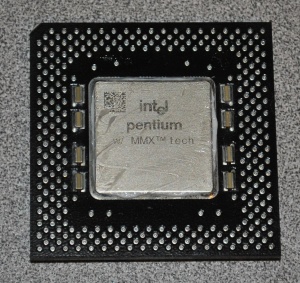 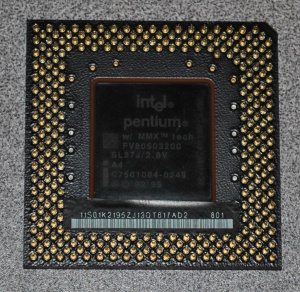 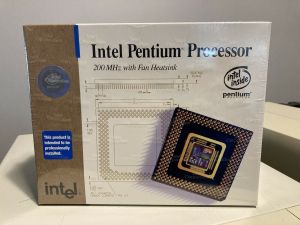 The history of the personal computer industry is intimately associated with the history of Intel's x86 chip family. In 1985, Intel introduced the ground-breaking Intel386TM DX CPU, a 32-bit microprocessor that executed 3 to 4 million instructions per second (MIPS). Available in speeds ranging from 16 MHz up to 33 MHz, the Intel 80386 addresses up to 4 gigabytes of physical memory, and up to 64 terabytes of "virtual memory" (a technology borrowed from mainframe computers that allows systems to work with programs and data larger than their actual physical memory.)

The Intel 80386 provided for true, robust multitasking and the ability to create "virtual 8086" systems, each running securely in its own 1-megabyte address space. Like its predecessors, the i386 DX microprocessor spawned a new generation of personal computers, which had the ability to run 32-bit operating systems and ever-more complicated applications, all the while maintaining compatibility with previous members of the x86 family.

In 1989, Intel shipped the Intel486TM DX microprocessor, which incorporated an enhanced 386-compatible core, math coprocessor, cache memory, and cache controller--a total of 1.2 million transistors--all on a single chip. Operating at an initial speed of 25MHz, the Intel 80486 DX CPU processed up to 20 MIPS. At its current peak speed of 50 MHz, the Intel486 DX CPU processes up to 41 MIPS. By incorporating RISC principles in its CPU core (specifically, instruction pipelining), the Intel 80486 DX CPU is able to execute most instructions in a single clock cycle. In spite of these powerful new features, the Intel486 DX microprocessor maintains 100% compatibility with previous members of the x86 family, thereby preserving customers' investment in software.

While the Intel 80486 microprocessor incorporated a single 8 Kbyte cache, the Pentium processor features two 8K caches, one for instructions and one for data. These caches act as temporary storage places for instructions and data obtained from slower, main memory; when a system uses data, it will likely use it again, and getting it from an on-chip cache is much faster than getting it from main memory.