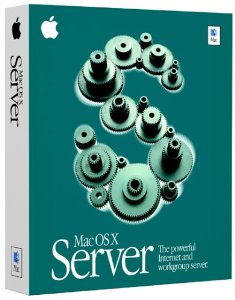 Mac OS X Server features the same heavy-duty technologies that do the grunt work on the Internet. Built on core open technologies like Mach, BSD, and 100% pure Java, Mac OS X Server lets you run a multitude of existing applications from Day One. The Mach 2.5 microkernel and a full BSD 4.4 environment implement most of the Portable Operating System Interface (POSIX) APIs for easily porting standard Unix server applications. Mac OS X Server also gives you a fully compatible version of the Java Virtual Machine (JDK 1.1.6), tightly integrated with the native object model and threads for astonishing stability and efficiency.

Mac OS X Server is based on the battle-tested, rock-solid Mach microkernel, giving you the benefit of uncompromising Unix-style process management. Protected memory puts each service in its own well-guarded chunk of dynamically allocated memory, preventing a single process from going awry and bringing down the system or other services. Preemptive multitasking ensures that each process gets the right amount of CPU time and system resources it needs for optimum efficiency and responsiveness. You can easily stop and restart any service at any time without affecting the rest of the server. 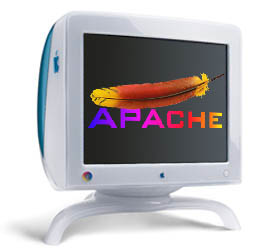 Unrivaled in terms of sheer functionality, speed and reliability, the Apache web server software runs everything from the web site for the World Wide Web Consortium to the web site of the British Monarchy.

In a 1998 cover story on the phenomenon known as open-source software , Forbes magazine called the Apache server “a technical marvel that commands more than 50% of the booming market for Web server software.” In web time, August 1998 was eons ago. Since then, the Apache server’s market share has continued to skyrocket: The Netcraft Web Server Survey (February 1999) tabulated responses from 4,301,512 web sites, and found that 2,350,748—an astonishing 55%—were using Apache Servers. Web Performance Fastest Apache Web Server.

Last year, Apache not only won the hearts and minds of webmasters, the Internet’s most popular web server swept the awards, too—including Network Magazine 1998 Product of the Year, C|Net Award for Internet Excellence, ServerWatch 1998 Hall of Fame and NewMedia Magazine 1998 Hyper Award. And now Apache is a core component of Mac OS X Server.

A note on streaming—seeing is believing

There are basically two types of streaming—HTTP streaming and RTP streaming—and QuickTime does them both.

RTP (for real-time protocol) is a just-in-time streaming technology that keeps your computer in constant touch with the server running the movie. Digital data is transferred and displayed—and discarded once you’ve seen it. Though a 3-10 second cache of data is stored to compensate for occasional network “burps” that might otherwise compromise quality, at no point is the entire movie stored on your computer. The difference? HTTP streaming is great for short movies and anything else you intend to play over and over again. RTP streaming, on the other hand, is ideal for full-length movies and live events. With a combination of industry-standard streaming protocols and cutting-edge compression technologies, QuickTime 4 delivers perfectly synchronized audio and video streams.

What you need to get started

Transaction management, dynamic data access and content-generation capabilities—plus fabled ease of use—are some of the strengths that make Apple’s WebObjects the #1 application server on the market. WebObjects earned this reputation running on Unix and NT; watch what happens now that it runs on Macintosh.

With support for simplified construction of user interfaces and direct connections to existing applications and data resources, WebObjects 4 makes it a snap to create new network applications that deliver industrial-strength performance. And with features like Direct to Web code-free development, creating great new solutions has never been easier. (Just wait till you see what Macintosh developers do with that capability.)

From now on, wherever you happen to be on a network of Macintosh computers, your Macintosh can be there with you. NetBoot makes it happen.

Watch a QuickTime movie of Apple co-founder Steve Jobs using NetBoot on Mac OS X Server to run streaming video off a Macintosh Server G4—and play it on 50 iMacs at the same time. Note that Jobs is using an iMac with the hard disk removed to prove his point that with 100Mbps Ethernet, users can boot and run applications off a server faster than they could off their own hard disks.

With NetBoot, Mac users enjoy an authentic Macintosh experience. NetBoot keeps track of individual users and their preferences. Students, for instance, could access their personal desktop from anywhere on the network. No matter which Mac they use to log on, they get the same personal desktop. For an individual user, it's like having your Mac follow you around.

Benefits for IT Professionals

For IT managers, NetBoot makes managing a network as simple as managing a single Macintosh. The best part is, all iMacs (and now all G3s) leave the factory NetBoot-ready—and so do all Macintosh applications.

Tested in the computer labs at Dartmouth College, the University of Michigan and the Hacienda La Puente Unified School District in Southern California, NetBoot has a number of benefits for IT professionals.

NetBoot computers don't require local configuration, so setting up a network of iMacs is a snap. NetBoot also allows networked iMacs to run the same system software and applications stored on the NetBoot server; updating the server once automatically updates all the iMacs on your network.

You control the System Folder

NetBoot server gives you powerful tools to control and protect your network. These include Macintosh Manager, the server administration tool that lets you set system policies for controlling user access to applications, AppleShare volumes and printers—in effect, to define the parameters of the user experience. As an IT manager, you'll find that NetBoot turns your job from constantly putting out fires to actually managing a network.

Besides extremely fast file transfers, Mac OS X Server includes a native implementation of the Apple File Protocol (AFP), allowing it to share HFS+ volumes with any AppleShare client over TCP/IP or AppleTalk. Letting authorized users work collaboratively via an AppleTalk network, your intranet or the Internet.

Perhaps best of all, Apple File Services share the same administrative console. So wherever you happen to be, you can exercise complete control over your workgroup’s network environment—remotely—from any web browser.