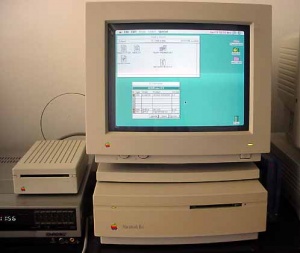 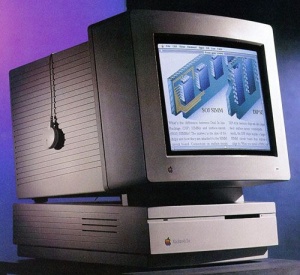 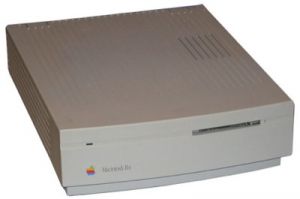 The 68030 microprocessor runs at 20 megahertz and features a built-in Memory Management Unit (MMU). The MMU supports the A/UX operating system and provides the capabilities necessary to support virtual memory, a new feature of Macintosh system software version 7.0. Virtual memory lets you work with more applications without the need for large amounts of DRAM by setting up sections on the hard disk for easy memory swapping. There are 256-byte data and instruction caches that accelerate overall system performance by eliminating one wait state that occurs with the 68020 processor.

One NuBus card or 030 Direct Slot card can be added to the Macintosh IIsi by connecting it to a Macintosh IIsi adapter card (sold separately). NuBus provides a multiplexed, 32-bit address bus and data bus on a single 96-pin connector. The NuBus architecture supports data transfer rates up to 3.75 megabytes per second. The 030 Direct Slot provides a 32-bit slot directly to the microprocessor via a 120-pin connector. This slot is compatible with expansion cards available for the Macintosh SE/30 personal computer. The Motorola 68882 floating-point math coprocessor is on the adapter cards.

The Macintosh IIsi comes with built-in support for four Apple monitors as well as third-party monitors, so you can choose the monitor that best suits your needs-then simply plug it in. In addi­tion, by adding a video expansion card, you can use any other Apple or third­ party monitor with the Macintosh IIsi.

The Macintosh IIsi can be easily expanded to incorporate new capabilities or increase system performance. An inter­nal expansion slot for either a NuBus card or an 030 Direct Slot card allows you to add one of hundreds of high-perfor­mance expansion cards that are available today for communications, video, copro­cessing, and other uses. An optional float­ing-point math coprocessor also can be added to speed mathematical calcula­tions generated by applications such as CAD/CAM and sophisticated graphics. And eight external ports allow you to connect popular peripheral equipment such as printers, scanners, and CD-ROM disc drives, as well as access the built-in networking capabilities found in all Macintosh computers.

One exciting new Macintosh advance­ment incorporated into the Macintosh IIsi is sound input. The Macintosh IIsi comes with a microphone and phono jack adapter, which let you input your voice into documents, presentations, and even electronic mail messages.

Best of all, the Macintosh IIsi provides all of the important benefits for which the Macintosh is known - powerful tech­nology that's easy to use, thousands of applications that work well together, "plug-and-play" compatibility, and the assurance that all Macintosh components will work together smoothly. And since the Macintosh IIsi has been designed to run the next generation of innovative Macintosh applications­ those supported by system software ver­sion 7.0 -the value of the Macintosh IIsi will last, and even improve, over time.

The Macintosh IIsi is the lowest-cost member of the Macintosh II line. It is equipped with a 20-megahertz 68030 microprocessor that runs Macintosh applications up to five times faster than the Macintosh Classic. This allows you to work under A/UX.

An internal expansion slot for either a NuBus card or an 030 Direct Slot card allows you to add one of the expansion cards that are available for communications, video, or coprocessing. An optional floating-point math coprocessor can be added to speed mathematical calculations. Eight external ports allow you to connect peripheral equipment.

Sound input is available with the Macintosh IIsi. The unit comes with a microphone and phono jack adapter, which let you input your voice into documents, presentations, and even electronic mail messages. 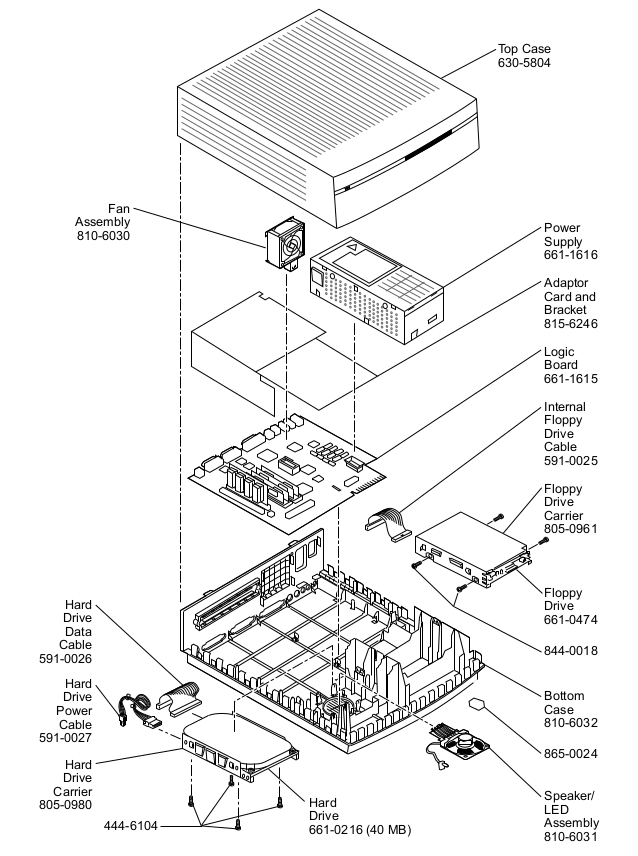