Difference between revisions of "Macintosh LC 630" 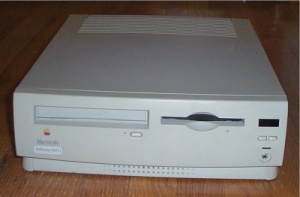 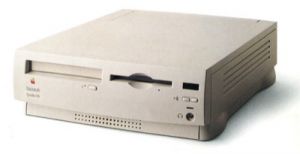 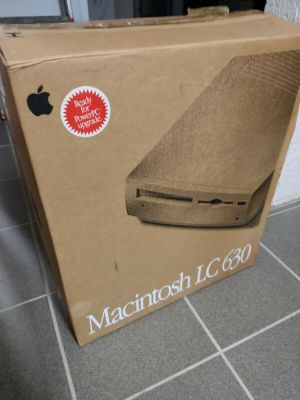 The release of the LC 630 was around the same time as the first Power Macintosh systems (1994) but the LC remained in production until 1996. This is likely due to educational institutions looking for lower cost Macintosh solutions, and many software titles still being 68K native.

The LC 630 is powered by a 33MHz Motorola 68LC040 which does not have the integrated math co-processor. The LC was designed to be the lower cost version of the Macintosh Quadra 630 which uses the full Motorola 68040.

There is 4MB RAM directly on the board, and there may be either one or two SIMM slots available for upgrades (this varied based on model or revision).

The TV tuner module turns the computer into a television receiver, complete with remote control. The features of the TV tuner module are similar to those of the TV tuner in the earlier Macintosh TV computer, with two improvements: the TV picture is in its own window on the desktop, and the TV signal is carried in YUV format for improved picture clarity.

The LC 630 was also sold in a "DOS Compatible" configuration which included a 486DX2/66 processor and dedicated memory on a Processor Direct Slot (PDS) card. A similar configuration was available for the Power Macintosh 6100.

The "PC Setup" software package from Apple would allow the user to switch between the Macintosh and DOS/Windows environments.