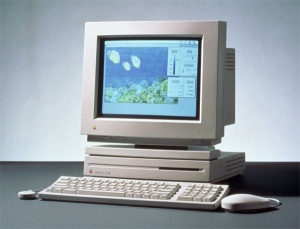 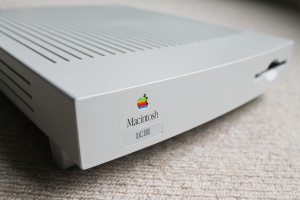 Introduced in February 1993, the LC III sold for $750, and included a redesigned PDS slot. It was also sold as the Performa 450. At some point during the production run it seems that the case design was changed from the traditional LC front panel to what was used in the Macintosh LC 475.

On-board video support for Apple 12-, 13-, and 16-inch RGB monitors, the Apple Portrait monitor, and VGA monitors. The interface is RS-343. Video data is stored in 512 KB of video RAM (VRAM) soldered to the main logic board. One SIMM socket is included for optional expansion to 768 KB of VRAM. The Macintosh LC III uses the same type of VRAM SIMM as the Macintosh LC and LC II, except that the Macintosh LC III requires 80 ns components.

The video circuits in the Macintosh LC III computer are similar to those of the Macintosh LC and LC II, but provide support for additional monitors and 16-bit color. All video timing is controlled by Sonora. Video data is stored in a dedicated 512 KB VRAM frame buffer on the main logic board, and a SIMM socket allows VRAM expansion to 768 KB. The Macintosh LC III requires 80 ns VRAM. Color modes up to 8 bits per pixel use a 256 x 24-bit CLUT which is provided by an enhanced version of the custom chip used in the LC and LC II. Monochrome modes also use the CLUT but drive the red, green, and blue inputs with the same signal. The Macintosh LC III supports a 640 x 400 video mode that allows users to display 16-bit color on 13-inch RGB and VGA monitors without having to purchase additional VRAM. Users can select this mode from the Options menu in the Monitors control panel.