Difference between revisions of "Macintosh PowerBook 140" 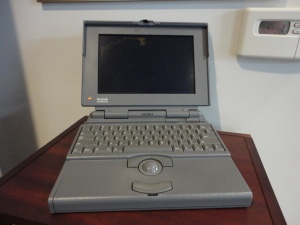 The PowerBook 140 uses the Motorola 68030 processor clocked at 16MHz. There is also a lack of math co-processor.

There is 2MB RAM onboard and the system can be expanded to 8MB total.