Difference between revisions of "Macintosh PowerBook 160" 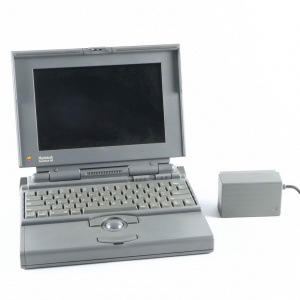 The PowerBook 160 is powered by a Motorola 68030 clocked at 25MHz and lacks a math co-processor.

Single memory expansion slot accepts modules up to 10MB. There is 4MB memory on the logic board, which makes 14MB the total RAM capacity of the 160.