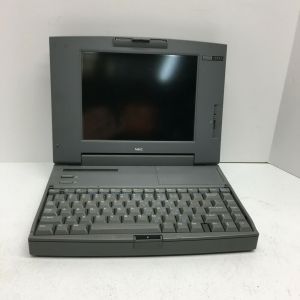 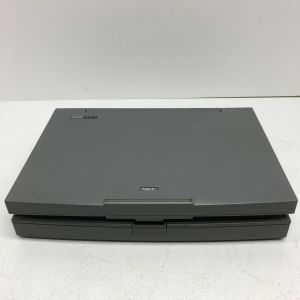 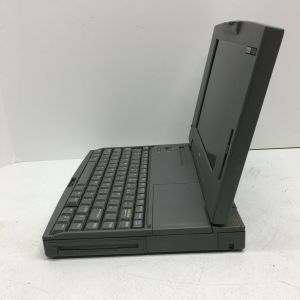 The NEC Ultralite Versa is an IBM Compatible, 486-based notebook computer released in early-mid 1993 by NEC. It was released in 3 models all based on the intel (80)486 DX SL processor. They were produced from 1993 until 1994 where this product line was replaced with the NEC Versa "E" Series.

The 33MHz Model was also released under the NCR branding as the NCR Safari 3180 in the same year. It differs from the NEC Branded version in that it had a brighter gray screen bezel and keyboard bezel, turquoise colored buttons, and NCR Safari branding. Later models would be branded AT&T as AT&T Bought NCR's computer division in 1993.

The base units of the NEC Ultralite Versa were roughly the same between the models. Standard features were...

One of the key components of the NEC Ultralite Versa, and subsequently, the closely related Versa E, M, and P Models, was the user-upgradable, detachable screen. NEC's sales literature touted how great this feature was for presentations but later on it perfectly facilitated making the NEC Ultralite Versa one of the earliest convertible notebook/tablet computers on the market. There were four screen options available with the Ultralite Versa.

The touch models were announced in December 1993 and available as early as early 1994. The screen was removable by flipping two butterfly-wing style hinges on the corners of the case, and could also be flipped into tablet Position by being turned 180 degrees, and then latched in place by flipping the latch to face the back of the screen.

The NEC UltraLite Versa came pre-loaded with MS-DOS 5.00 or MS-DOS 6.xx later on, with Windows 3.1 or Windows 3.1 for Pen Computing on the later touch-screen models, as well as a full group of utilities and drivers for PCMCIA card management, battery discharge, and even a series of on-line manuals in the form of Windows help files.

This model is easily told apart from later Versa models by the lack of a trackball or other pointing device, a different logo style, and repositioned release levers for the battery and floppy drive.

The NEC Ultralite Versa, depending on options and accessories, sold for anywhere between $2500 for a 4MB Monochrome Model with an 80MB HDD wholesale all the way to almost $7000 for a full featured 33MHz color touch model with a docking station and a plethora of accessories.