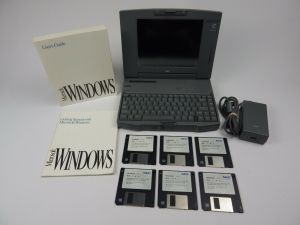 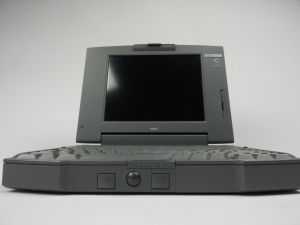 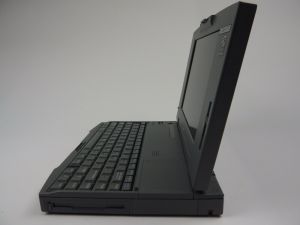 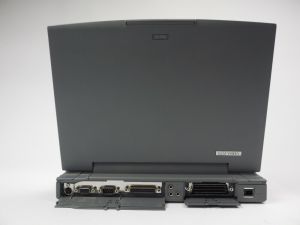 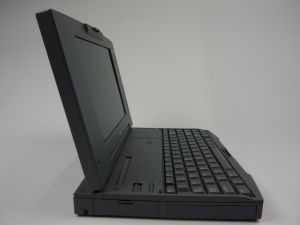 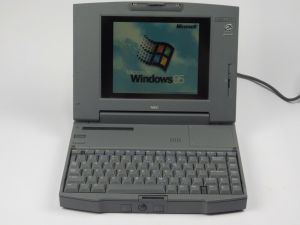 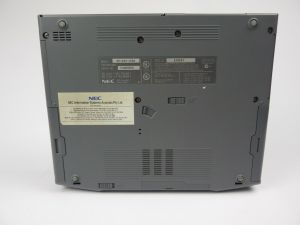 The NEC Versa P/75 was a notebook computer based on the Intel Pentium processor. It was released sometime in early 1995 and was the last version of the original Versa line with a detachable/reversible screen. It was also the first NEC Laptop to have a Pentium Processor and SoundBlaster compatible audio with FM Synthesis.

The NEC Versa P/75 had similar specs to all of the previous NEC laptops in the Versa line before it. It's model# was PC-490-XXXX. See the specifications below.

Just like previous generations to use this platform, it featured several user-upgradable, removable, and reversible screen options from the factory, or that could be carried over from an older NEC Versa UltraLite/E/M model.

While the Pentium CPU was boasted as having high level performance in heavy applications it was still pretty watered down by the aging PC-4xx platform that was largely designed for 486-based processors. Performance is just a hair better than a similarly equipped, 486-based, NEC Versa M/75. As a result, it was overshadowed by other, later Pentium releases including NEC's own 2000/4000/6000 series laptops of the mid-late 1990's which featured better Lithium ion batteries, 32-bit CardBus slots, and larger screens capable of higher resolutions, and more powerful graphics chipsets. It also sold at a lower price point quickly, starting off around $3000 for a 8MB HC model, with prices dropping to $2500 or less by the end of 1995.