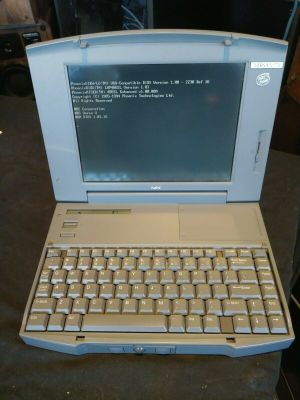 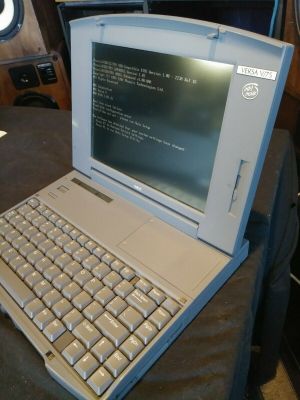 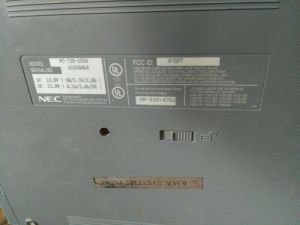 The NEC Versa V/75 is a PC compatible notebook based on the Intel 80486 processor, released by NEC Technologies in 1994 as the third in a series of non-detachable screen "Value" based Versa machines that included the V/50 and possibly even a 40MHz V/40 model. It's roughly identical to the NEC Versa 75E except the lack of a detachable screen, and slightly different circuitry inside.

The V/75 was likely the last version of the NEC Versa to use the non-smart batteries and older-style removable floppy drive. It may have continued to be produced as late as 1996 given advertisements for the V-series ran all through 1995. The V-series was directly replaced by the DX4-based Versa 2000 models in late 1995/early 1996.