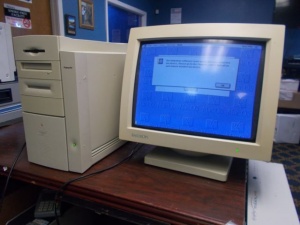 The enhanced Power Macintosh 8600 and 9600 computers use a new microprocessor, code named Mach 5, that is based on the PowerPC 604e architecture. Among the features of the Mach 5 microprocessor are:

The enhanced Power Macintosh 9600 includes a video display card that supports acceleration of 2D graphics and text. The display card has 8 MB of buffer memory and cannot be expanded.