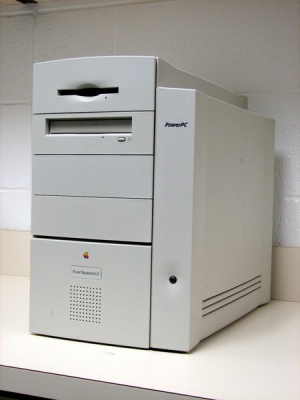 The last of the traditional beige style cases and shares the design of the Power Macintosh 8600.