Difference between revisions of "Westwood Studios" 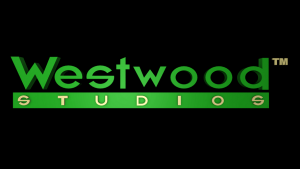 Westwood Studios was founded in 1985, when Brett W. Sperry and Louis Castle set to work in a tiny garage in Las Vegas, Nevada. It was the beginning of a success story which led them from converting pre-existing games to creating their own titles. Among those early creations were The Mars Saga, Battletech, DragonStrike, and Eye of the Beholder, which garnered the young company its first taste of widespread recognition and applause throughout the world.

In 1992 the company merged with Virgin Games which enabled Westwood Studios to become a software publisher in its own right and enjoy Virgin's superior worldwide distribution network. It was also the year Westwood released 2 titles that enjoy a legendary status in the gaming world: Kyrandia Book I, and the cult phenomenon, Dune II.

Today Westwood stands at the forefront of the industry with the recent release of Monopoly, the first commercial game with Internet support, and Command & Conquer: Red Alert, which has sold over 1.5 million units and already has industry pundits proclaiming it the most innovative game of the year--all thanks to its breathtaking technology, visuals, and multiple modes of play.